In a move that is being applauded by the international scientific community, office bearers of BMC (BrihanMumbai Municipal Corporation) are being hailed for their scientific acumen and hard work in bringing space exploration within the reach of the citizens of Mumbai.

Unknown to others, BMC was busy in accurately mapping the lunar surface with technical inputs provided by ISRO’s Chandrayaan mision since the last couple of years. Using spatial mapping technology, engineers at BMC were coming up with various ways to simplify this data and present it to the common man in as simple a way as possible. But no one guessed what the brilliant minds at BMC were cooking up.

In a path breaking move (pun intended), engineers came up with a literally ground-breaking idea (again pun intended) and recreated almost the entire surface of Moon on Western Express Highway in Mumbai which can be experienced by Mumbaikar’s for the family friendly rate of Rs.0.

Residents of Mira-Bhayander and Thane have to pay a nominal entry fee of Rs.35 at the Dahisar Lunar Toll Plaza to experience this earth shattering (pun intended) experience. Residents are demanding that the government remove this entry toll in the name of science.

These craters are now being affectionately referred to as ‘potholes’ by the common man to express their love for the hard work put in by the government.

Naturally, lunar exploration is not without its risks. You have to be careful while navigating the stretch from Andheri to Borivali (dark side of the moon) or risk injuring yourself in your lunar exploration vehicle. Insurance companies have seized upon this opportunity and have come up with specially designed insurance packages for the same. One of the most popular package has been aptly named ‘Breaking Back’.

Not one to rest on their laurels, BMC is expected to go one step further with their overzealous attitude. Their mission is to improve upon the density of craters (potholes) found on the Western Express Highway by recreating the surface of Mars on the Eastern Express Highway next year, in a technical collaboration with NASA’s Curiosity Rover mission. With their current skill set, it should be a piece of cake. 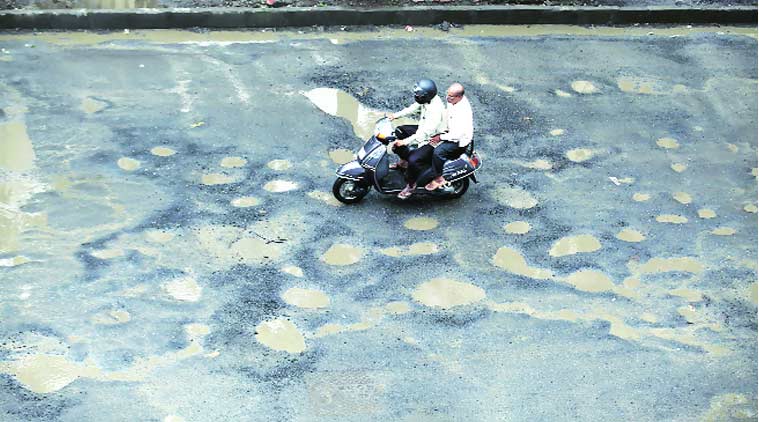 No country in the world can boast of having planned and executed such an idea to perfection. Surprisingly, no one wants to either.

If you found any p(l)otholes in this article, please mention in the comments section below!